Altis has one major version for the entire platform, and each module underneath it also has a major version and a bugfix version. The full version number for all modules follows the following scheme:

The <platform major>.0 version is treated as the long-term support version. 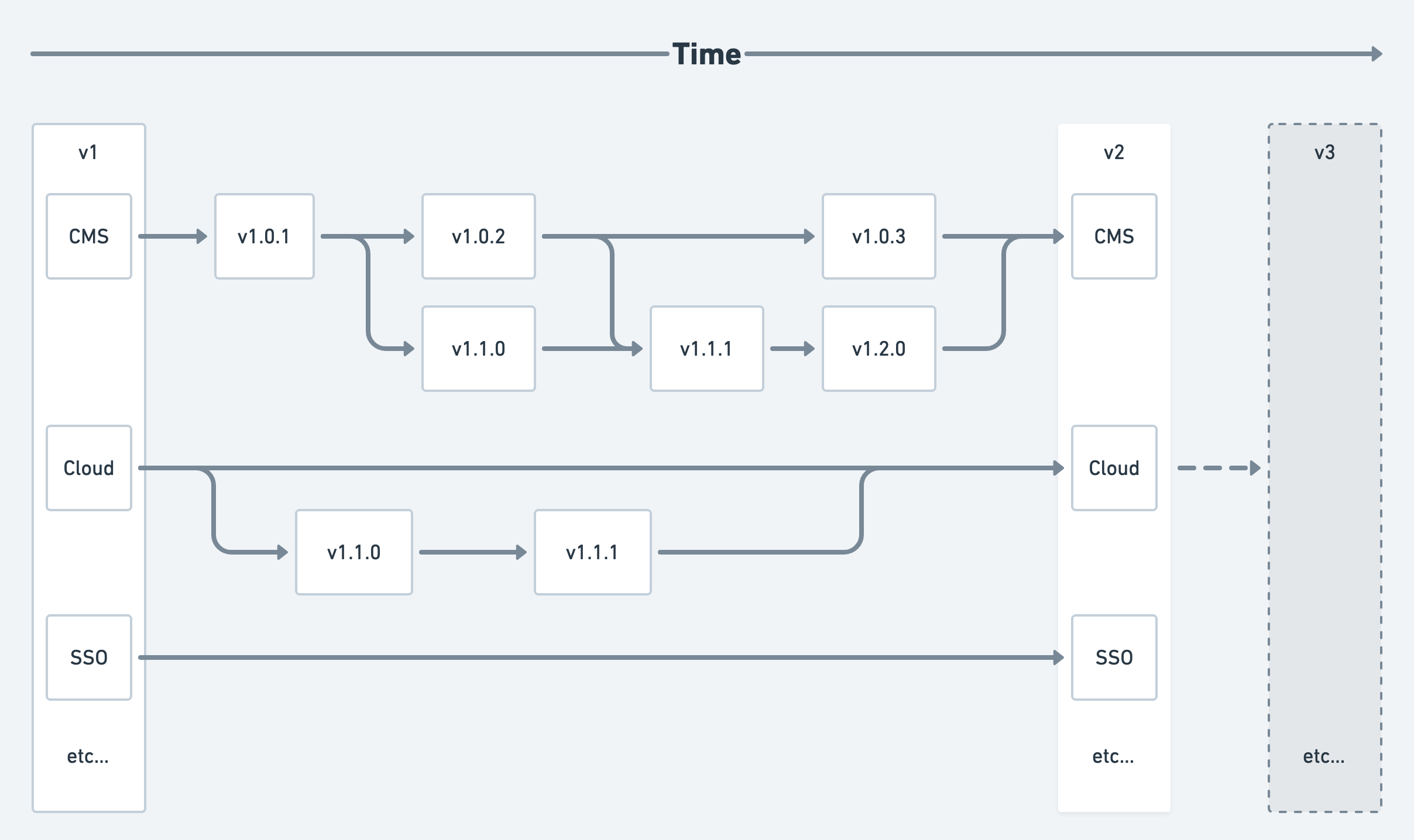 Each module releases bugfixes separately when necessary. You should ensure you are always running the latest bugfix version of each module by periodically running composer update and committing the updated composer.lock file.

These bugfix versions are generally not synchronised. Bugs occurring across multiple modules may trigger bugfix releases for each module.

Modules may preview new features periodically, and outside of the Altis major version. These new features are stable and production-ready, but may be incomplete, so we treat them as preview releases. Once they are feature-complete, they will be included in the next Altis major release.

These preview releases always have a <module major> component larger than 0.

For example: with latest version of Altis at version 42, the CMS module may preview a new feature. We will release 42.1.0 with this new feature, and those who want to use it could opt-in to using 42.1.0, while keeping the other modules at 42.0.0

Learn how to opt in to module preview releases here